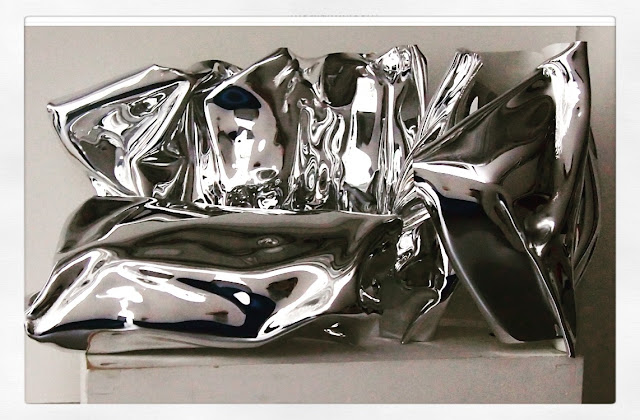 
The reflected and manipulated object is that which operates in and beyond space, inwards and outwards, inducing vertigo, engagement and distortions of perspective. Here is a sense in which one can lose oneself. These visual principles rise and cross through different points, carrying mysterious moments of memory, experienced repeatedly. Each occurrence inspires something puzzling, performative, yet stoic; an object which presents views from disparate angles that engages and manipulates the same viewer but in different ways. This object can appear  to carry a multiplicity of emotions and infer struggle. The materials find themselves in an on going battle; in same ways defeated, in others victorious, recalling the resonance of a particular condition. Presenting itself as a distorted reflection which morphs into a completely liquid form, or is camouflaged in its environment, what is left is emptiness with no solidity. 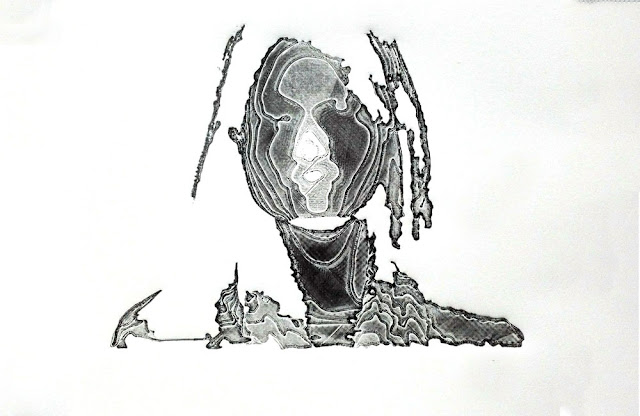 I am fascinated how a trace can trigger the visualization of a subject in my mind. A fingerprint, a footprint on the sand, a shadow cast on a wall, they are not only forms of their own but they are also connected to the object they originated from. A footprint it is an object itself, because it is a dent in the sand, and it is also the image of the body, which created the mark. In my art practice, I am interested in exploring how a trace can create a link between the digital and physical artistic production.I produce bas-relief paintings and etchings that show traces of their digital conceptual origin and 3D printing process. I deliberately leave marks from the 3D printing process in the final artwork. They are traces of the typical layering of the 3D printing process that I would imagine are similar to the trace of fingerprints on paper. 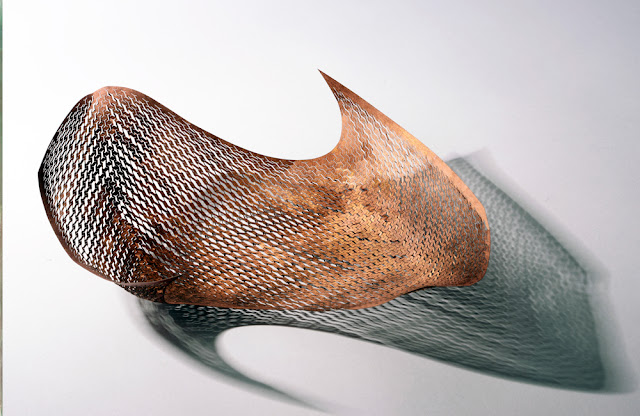 I am looking at the different properties of a material, which give rise to the idea and the choice of material has determined the form. By exploring the possibility of materials and changing the scale, I will allow your materials to speak and embrace abstraction.
Website: www.kuniko-maeda.com 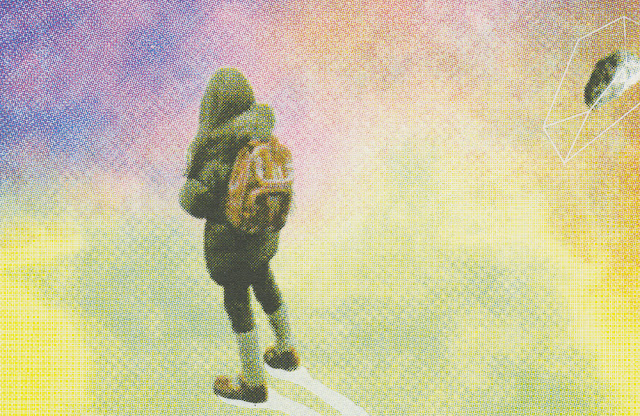 In daily life, the common things easy to see often seem to be interesting. Usually to me, it is my friends’ portraits around me. I try to capture the beauty I met. I document points where art and everyday labour merge. I also have taken a picture and collected as well. I organize and categorize these photographs and exhibit them or use them as a reference for my works. This is formally and conceptually the most fundamental starting point in my work. My work has included not only diary aspect but also the process of choosing and organizing. When I aid out the photographs, I could notice which things I had selected to look at and where my footsteps had stopped. The portraits who I met either I know them or not and with movement seem to have remained in my memory as a kind of unknown oddness. Since then, I have worked with the theme ‘Improvise collecting of my daily life. 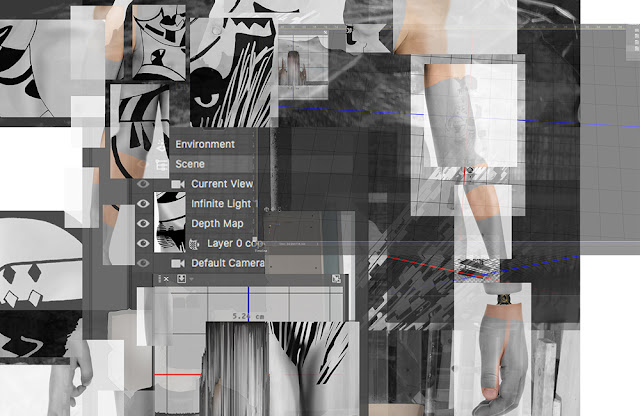 Maya Amrami
My work is essentially about Body – the presence of the body, or rather, the  fragments of its presence; a physical body that is transformed and misplaced; locked into the two- dimensional surface it is printed upon. The print is an energy that helps it come to life, as it is neither alive, nor dead. It is a ghost. It is merely a trace, autobiographical, inspired by its creator, just like Frankenstein's monster. It is a Golem, an embodiment of human manipulation and technological processes – a body amassed with technology. I concentrate on images created by current modern print technology. For me print is an ongoing process of reproduction, and as such it resembles a living body. The work process carries a DNA therefore each work has traces of the previous one in form, colour, style and gestures.
Website:www.mayaamrami.com 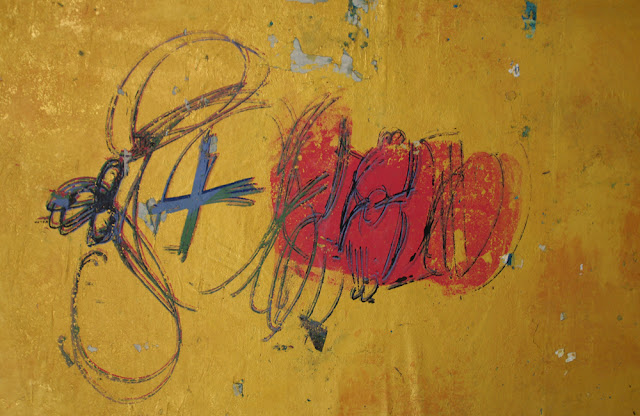 Inspired by past civilizations such as Egypt, Greece and Rome, Western and Eastern philosophies and art from around the world, I set out to create a visual language based upon the areas of interest in relation to my personal development. 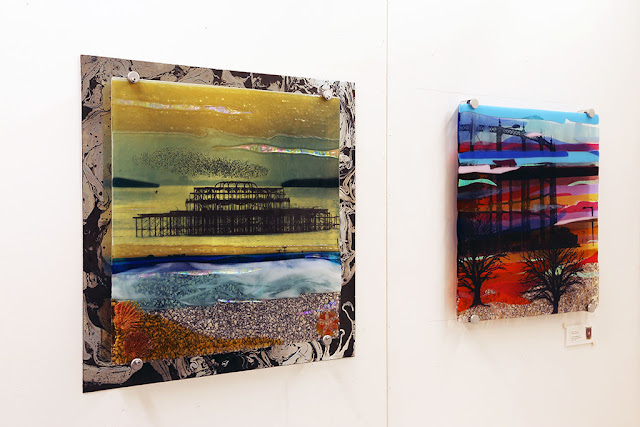 I am interested in combining printmaking techniques with glass making processes. The result is a hybrid print fused onto numerous layers and colours of kiln glass adding both texture and narrative. I print with enamels and powdered glass primarily through silkscreens and linocuts. I also create images on decals which can then be embedded within the glass. The enamel paint is black and the colours in the wall panels are all achieved with glass.

I’m a simple person with a complicated mind. I love organic shapes and patterns in a repetitive way. The complexity of the pattern looks intricate but in fact it is organized in a certain order. You can always find an order in a messy pattern. I tend to make complicated things in a simple way. 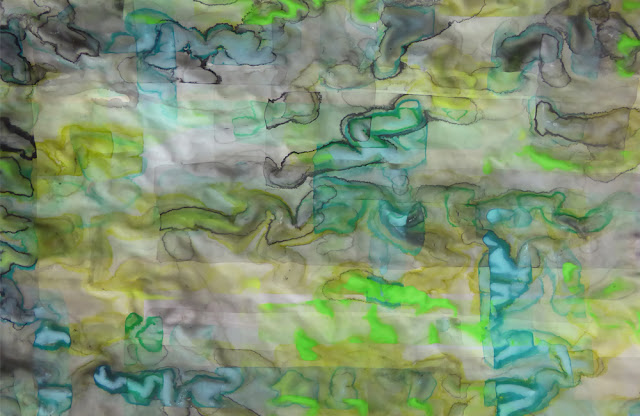 The exchange of philosophy and visuality between the East and West is the fundamental foundation in my creative work. Through my painting methodology I activate interactions between the raw surface and the subsequent repeated applications of paint and ink, through the gestures necessary in order to facilitate this dialogue. I experiment with the qualities of the materiality of the paint and the painting surface, the degrees of control, intervention or chance. 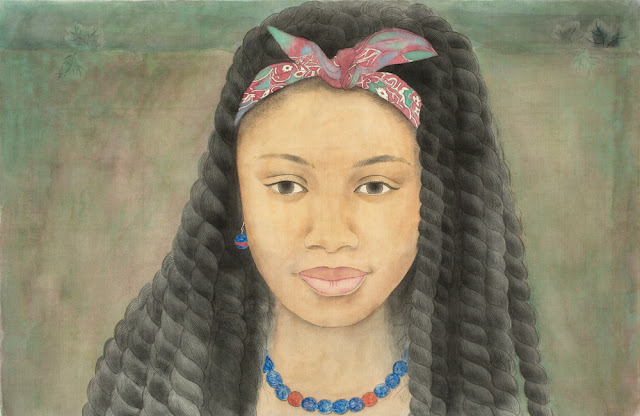 Chunliu Lin comes from China where she studied oil painting and traditional Chinese painting in Beijing. She was an editor of Star Art magazine and taught Chinese traditional painting. She is interested in Western and Eastern culture and researching these cultures through different techniques and content.
She is interested naturalistic portrait painting and her works are about people living in London. Chunliu sees London as a widely welcoming, soulful city which because of its size contains different cultures, religions and nations which fascinate her. The children of the many nationalities grow up and study in the city, which, according to Chunliu means they are both different and the same. Hence the work entitled ‘Same and Different’. They are normal people, just like you and me, but they are unusual people, just like you and me.The work is based on Chinese traditional painting and uses natural colours and ink. The colours in nature are stable and maintain their vibrancy for many years. The silk is unusual as it is coated in gum and potassium alum and its characteristic is colour which allows it to be painted on again and again, with increasingly deeper and stronger colours.